The event was supported by performances from dance group Sankofa Black Gold from Lisbon. The audience widely praised Sankofa for their energy and beauty on stage. The lively group performed Funaná, ‘Batuque’ and African tribal dance routines. The event was also brightened by the voices of Lisbon based musician Tutin d’Giralda and London based Niná. Tutin and  Niná performed mornas and coladeras. These are the best known Capeverdean music styles, hence the choice.

In addition, guests tasted samples of Capeverdean cuisine such as ‘doce de coco’ and pasteis de Milho. They also sampled grogo during the event.

The celebration happened in the context of an ongoing effort to promote unity and collaboration among Capeverdeans in the UK. It also aimed to help foment greater appreciation of cultural identity, as well as the continued promotion of Cabo Verde.

Cabo Verde gained its independence from Portugal on 5 July 1974. 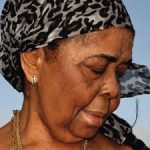