Ahead of the Commonwealth Day Celebrations

The Westminster area is usually very congested. But lately it has been worse. First of all the road works around Parliament Square and Victoria Street bring traffic to a stand still. Also, there is the usual flock of tourists taking pictures. In addition the celebration of the Commonwealth day service is taking place today at Westminster Abbey. As a result today even larger numbers of people grace this area.

An array of bright coloured majestic flags are flying in the wind while the BBC broadcast vans have been setting up since last week.  The partitions have all gone up to keep control of pedestrians and maintain a tidy orderly queue for guests attending the service. Because of this,  I am making my way to the office very slowly thus trying to avoid the crowds, the selfies and the barriers.

The service is the UK’s largest multi-faith celebration and takes place annually on the second Monday in March. The one hour service features a mixture of testimonies, readings, and musical performances. The Queen usually attends the service. This year year Prince William, Kate Middleton, Prince Harry  also joined. The Royal Commonwealth Society organises the Service on behalf of a group of organisations.

Commonwealth countries have celebrated this day every year since the 1970s. In recent years, there has been a shift away from celebrating a single day towards celebrating a Week, with the service day at its centre. The aim is to celebrate the unity, diversity and links of the modern Commonwealth. The Celebrations also foster greater understanding of the  achievements and role of these countries, particularly among young people.

Each year a theme is chosen and Fifty-three countries come together to celebrate it. Theme for 2016 is ‘An Inclusive Commonwealth’. This Celebration  is an opportunity for individuals, communities and organisations to promote shared values of peace, democracy and equality, and to celebrate the association’s rich diversity. 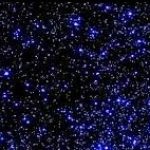 Why do We Believe in Star Signs?Blog 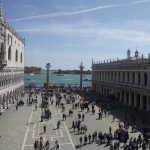 Venice – the city without a soulBlog