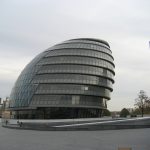 Portuguese speakers include those from the various Portuguese ex-colonies in Latin America, Africa and Asia.

This event is the culmination of hard work and lobbying carried out in the past couple of years by several community groups and individuals.

The reception is being organised because there is  a need to understand the different communities. The Greater London Authority is very familiar with the Portuguese Community in London, however there is a wider group that make up the Portuguese Speaking Community of which they do not know much.

Although all the Portuguese speakers have the language in common, there are cultural and traditional differences that make each of these communities unique.