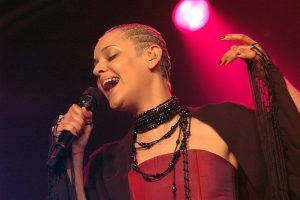 The singer will perform in London next month.

“Mariza is more than just the leading Portuguese fado singer of her generation. She is a global icon who has seduced worldwide audiences with her awesome singing, charismatic stage presence and powerful blend of traditional and contemporary song forms. Across four spectacular studio albums she has breathed new life into fado. Now, for her fifth studio album, she returns to her roots. Fado Tradicional (out this spring on EMI) finds Mariza triumphantly exploring the origins of the genre, proving her mettle as a true fado singer and as an artist without peer.”

Mariza will also be performing in Birmingham, Manchester, Edinburgh and Norwich.

BBC Portuguese for Africa to be AxedBlog