The deputy Mayor of London Richard Barnes was the guest of honour in an event celebrating the Lusophone communities. The event took place on Saturday 21 May.

The even coincided with celebrations of the Africa Day. It aimed at creating a greater awareness of the African communities in London with Portuguese as an Official Language.

This celebration was organised on a especial request by Mr. Barnes. He noted that the Mayor’s Office had some knowledge of Lusophone countries such as Portugal and Brazil but did not know much about the African communities of London that also speak Portuguese.

One of the main organisers of this event, Isabel Pedroso from São Tomé e Principe, said:

“it was a beautiful day. Despite all the initial setbacks we managed to put on  an event to proudly showcase who we are and where we come from.”

During the event Mr Barnes was given a folder prepared that contained profiles of each community. The folder included information about their activities in London. It also included details of each country and some background of its migration to the UK.

This was the first event of its kind. The participating countries plan to carry on working to strengthen relations with the Greater London Authority. They hope to be able to hold a similar event but on a larger scale with the Mayor of London. 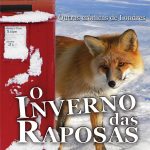